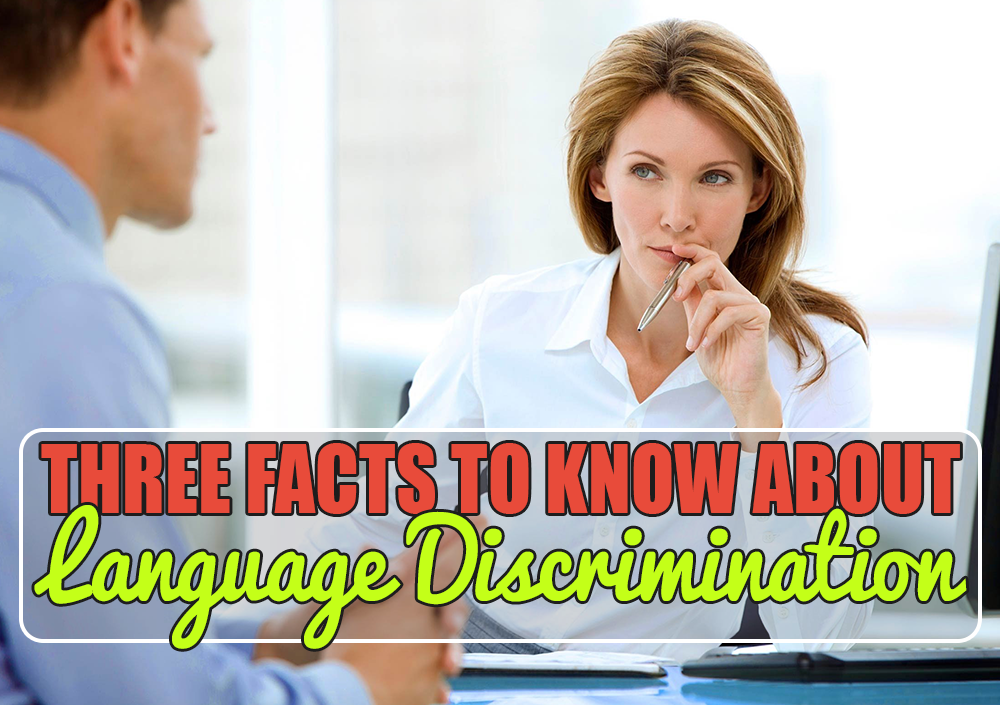 At first blush, the answer to the above question appears to be that language discrimination is not illegal under the Civil Rights Act or the Fair Employment & Housing Act (FEHA) . Although both of the above acts are specifically designed to prevent discrimination based on race, sex, disability and numerous other protected classes, neither FEHA nor the Civil Rights Act specifically mention native language as a protected characteristic. However, you should be aware of the fact that, under certain circumstances, language discrimination is considered a subset of national origin discrimination which is specifically designated as a protected class under FEHA. If you therefore feel that you have been terminated, denied a promotion or otherwise treated unfairly because of your native language or accent, you may have a claim for unlawful discrimination.

It is important, however, to note that not all forms of differential treatment based upon language is illegal. In circumstances involving workplace safety, supervision of employees or when dealing with communications with customers, it is normally considered acceptable for an employer to require that the communications take place in English. However, an English only policy must be uniform across all native languages. For example, an employer policy that prohibited Arabic from being spoken in the workplace while allowing all other native language would likely be found to be a form of unlawful discrimination. Furthermore, there is no basis for a bona fide language qualification while employees are communicating with their fellow employees during lunch or rest breaks.

Significant monetary awards have been levied against employers who threaten or prohibit employees from speaking in their native language at all times while at work even when not on the clock. If you feel that you have been the victim of discrimination or retaliation for speaking your native language or because of your accent, contact the Perrin Law Group today to get the help you need.