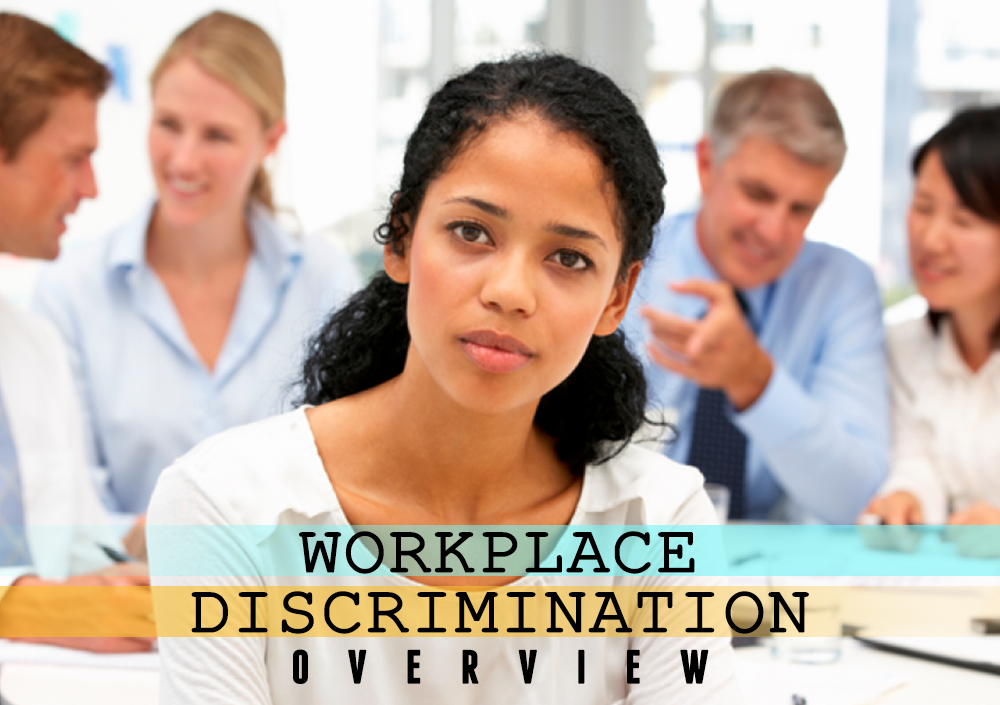 Knowing your rights is key to defending them! Below are a few crucial facts about workplace discrimination that you should know — but for more complete or personalized information on the topic, we encourage you to try the Perrin Law Group online case questionnaire or contact our office today for a free consultation..

1. The Age Discrimination in Employment Act forbids employers from discriminating against workers over the age of 40.

Under this act, workers are legally protected against discrimination in hiring, firing, pay, promotions, benefits, work-related training, and layoffs.  Moreover, the Fair Employment and Housing Act (FEHA) of California expands the federal protections to businesses with as few as 5 employees. Employers are also responsible for maintaining a harassment-free work environment and provide supervisors with training on how to avoid or prevent workplace harassment and bullying.

2. It is illegal to discriminate on the basis of religion.

While the groundwork for these protections was laid in the Civil Rights act as well, language was later added that included in the definition of religion “moral or ethical beliefs about what is right and wrong which are sincerely held with the strength of traditional religious views (29 CFR 1605.1).”  Religious harassment is explicitly forbidden by both federal and California law.  Not only are supervisors and colleagues alike prohibited from ridiculing a worker because of religious belief, but they are also not allowed to proselytize (preach) to another worker about religious and moral matters. California law prohibits an employer from failing to hire or terminating an employee to avoid accommodating a religion. (2 CCR §11062) Furthermore, an employer may not discriminate or retaliate against an employee for requesting a reasonable accommodation based on religion.

3. The Equal Pay act and Title VII both make it illegal to discriminate on the basis of gender.

This means that not only are employees entitled to receive the same wages as someone with a comparable position, but they also have the right to the same benefits, overtime, stock options, profit sharing, insurance plans, and vacation pay.  Employers cannot legally deny any of these benefits to women who are pregnant or who plan on becoming pregnant. Under California law, pregnancy discrimination is a form of sex discrimination which is expressly prohibited by FEHA. (California Government Code section 12940[a]).

4. The Civil Rights act of 1964 prohibits racial discrimination in the workplace.

It is important to note that employees as well as potential employees are covered by this law.  In other words, anyone who is not hired because of their race has a basis for legal action.  Employees are also protected by this act against discrimination because of a physical characteristic related to race, race-related illnesses, and cultural characteristics linked with race or ethnicity.  In addition, FEHA prohibits employers from discriminating against individuals who associate with members of a protected class (ie., if one is married to someone of a different race or has a multiracial child they must also receive fair treatment).

The Americans with Disabilities Act of 2010 is the most recent of a number of important pieces of legislation making it illegal for employers to discriminate against individuals with disabilities.  This means that a person who is qualified to fulfill the duties of a job cannot be refused a position, salary, benefits, job training, or promotion because of a disability.  Fortunately, California provides additional protections to employees who are suffering from mental and physical disabilities. FEHA requires employers to provide reasonable accommodations for individuals with disabilities as soon as they are on notice that the employee may need accommodations. Reasonable accommodations may include the restructuring of a job, modified work schedules, and equipment  . The employer must, additionally, engage in an interactive process with the employee regarding requested accommodations in good faith.

6. California Employers may not discriminate based on sexual orientation or gender identity grounds.

If you or someone you know have suffered any form of discrimination, contact the Perrin Law Group today for your free consultation.