6 Facts About Racial Discrimination in the Workplace 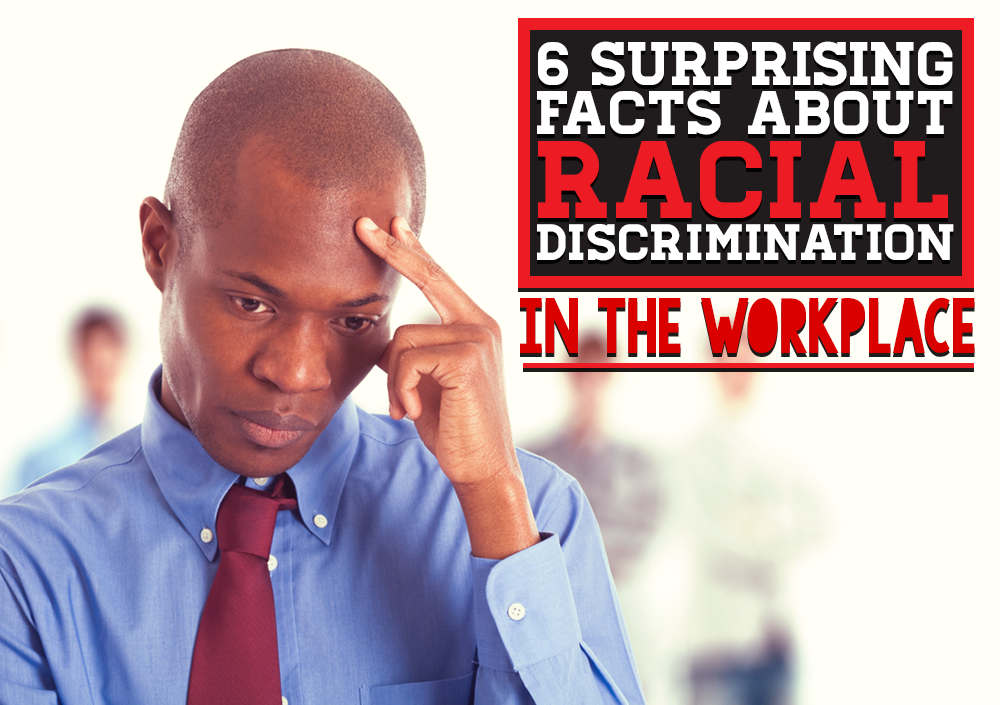 One reason why access to legal representation is so crucial when it comes to protecting your rights is that Workplace discrimination is not always transparent, and a facially neutral action or policy by an employer may, in fact, constitute unlawful conduct. Below, you can learn more about six important yet surprising facts about racial discrimination.

For example, if an employer who has a history of racially discriminatory policies against African-American job candidates passes up a highly qualified white job candidate simply because that person is married to an African American, there would exist clear grounds for a racial discrimination lawsuit. ( California Government Code §12926[o]) Similarly, an employer is prohibited from discriminating against an individual because of their perceived membership in a protected class. It is worth mentioning that marital status in general is also a protected category under California law — that is to say, no employer can refuse to hire you simply because you are not single.

Though this fact may be initially surprising, it makes perfect sense when you think about it — if employees were afraid to report violations, then legal protections would be rendered meaningless. The Fair Employment & Housing Act specifically prohibits an employer from retaliating against an employee from reporting or protesting what they perceive to be racial and/or any other form of discrimination. (California Government Code section 12940[h]) The employee need not prove that actual discrimination took place and is only required to prove that they reasonably believed that wrongful conduct occurred.  If you would like to learn more about whistleblower protection or anti-retaliation  laws, then this Perrin Law Group web page can help get you started.

This phenomenon, though oftentimes unexpected, can stem from a number of causes — such as internalized racism or a desire to appease a customer base that is perceived as being racially bigoted. Regardless, this type of discrimination is just as illegal as any other form of discrimination perpetuated by an employer, and should be treated accordingly.

Illnesses that disproportionately affect one race (especially for genetic reasons) may be afforded legal protection on the basis of laws that prohibit racial discrimination. For example, because roughly 80% of all sickle-cell anemia cases are found in African Americans, employers who hold a policy against hiring those suffering from this illness may be found to be promoting discriminatory policies. (Moreover, keep in mind that an entirely different set of disability discrimination protections also exist!)

For example, as we recently discussed in a Perrin Law Group blog, language discrimination is illegal unless it directly pertains to the job performed by a particular employee. Similarly, an employer who prohibits employees from wearing burkas or other religious clothing is likely violating the law, unless workplace safety specifically requires the use of a certain type of attire.

For example, an organization that requires all employees to practice “professional dress and hygiene habits,” does not appear to be discriminatory.  As in the case of the burka example discussed previously, the policy may be an indirect form of discrimination. we saw with the burka example above, however, this is not necessarily the case. For example, certain employees may follow a religious mandate not to shave their beards — while African Americans are more likely than other ethnicities to suffer from skin sensitivities that make shaving difficult. If in doubt, you are always within your rights to request to be exempted from a particular presentation policy.

Want to learn more about racial discrimination in the workplace? (Along with steps you can take to stop this unfortunate practice?) Visit Perrin Law Group online for additional resources, including our case questionnaire.